An example of what I have been saying.

This is Jerry Seinfeld in conversation with Michael Richards about preparing for a scene. This is not an episode from the Seinfeld show. It is a frank discussion between the two actors about their craft, and the advice is directly applicable regardless of industry. Taken in context, (watch the video) it make a great deal of sense.

” I don’t accept the judging of process. We are all trying to get to the same island. Whether you swim, fly, surf, or sky-dive in, it doesn’t matter. What matters is when the red light comes on.”

“Our job is not for us to enjoy it, our job is to make sure they enjoy it, and that is what we do.”

(At13:20 in this video http://comediansincarsgettingcoffee.com ) 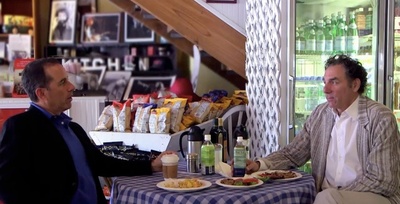 A frank discussion about the craft of acting and comedy