Another Example of How Apple’s Quality is Slipping.

Steve Jobs would never have approved the system update that made the iPhone worse. From what I gather he was a stickler for detail and perfection.

Not long after his passing, a new “hipper” version of the iPhone operating system delivered pastel colours to our screens. Here is one example of the unintended affects of that change.

A previous release added the “past" feature to the screen so that the user could copy a phone number from any other app, and insert it here to place a call.

Where did that feature go? 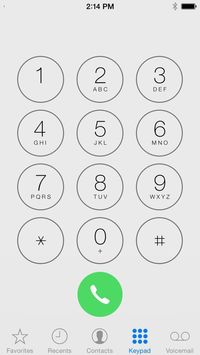 I only happen to know because I used the phone when that feature was first released. How many new iPhone owners have no idea that this now hidden feature even exists? 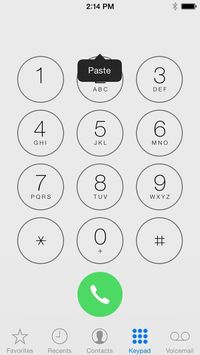 The lesson here is to know your customers and what they value.

While there are plenty of manufacturers of shiny objects, apple has typically appealed to people who value ease of use, otherwise they would not have won over so many Microsoft customers. If Apple abdicates this position, who will step up to take their place?

Are you clear about what your customers value most?