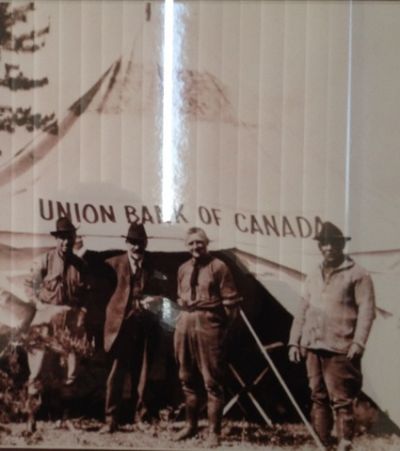 I am writing this week from Yellowknife, in Canada's North West Territories. The picture below was taken on my last trip mid winter at 11:30 AM (Yes you read that correctly 11:30, as in 1/2 hour before lunch. The sun was just coming up, and would soon set again at 3pm, a little over three hours after it came up for the day).

Aside from the decorations and the snow, this same picture could have been taken this week after 10pm. The long days are beginning this month in the land of the midnight sun.

If you could make out the street sign you would see that it marks Franklin Avenue, named after the early explorer Captain Sir John Franklin, a British Royal Navy officer and experienced explorer. Franklin and his crew perished as they attempted to traverse the last unnavigated section of the Northwest Passage.

This next picture was taken from the top of Pilot Monument, an outcropping of rock overlooking the city. It is dedicated to the bush pilots who lost their lives servicing this area in the 1920s. 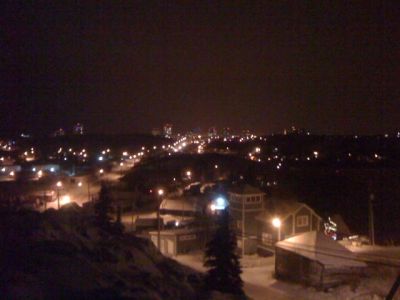 In the picture above, far off in the distance you can see lights on the hill to the right of the main street lights. At 9pm I just took the picture below on this trip from that location looking back at the monument. It is the highest point just left of the island in the picture below. 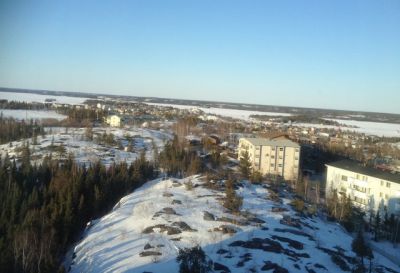 Pilot Monument off in the distance - taken at 9pm April

Yellowknife is a mining town with an interesting past.

Where the shore-fires burn out on a new frontier, where the past don't haunt you and there's nothing else to fear. Baby don't hold out too long...they might not let you be!

Movin on, feel the wind in your hair.
The sun shines at night, I can take you there

To the land of the midnight sun...ragged ass road 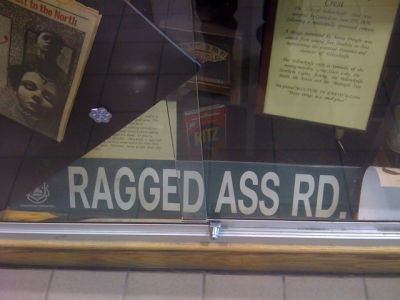